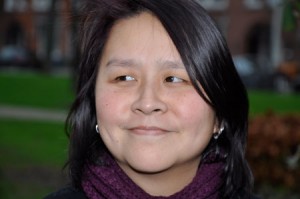 Chrétienne Vuijst (1974) is educated as a medical biologist (Biomedical Sciences, University of Leiden). After five years of working in the laboratory, she was drawn to writing about science, rather than doing research herself. She expanded her education to science writing and journalism, following several courses and working as a trainee at an editorial office of a popular science newspaper. Working as a webeditor with several young internet companies, she wrote – both in English and Dutch – for various target groups, ranging from medical specialists to biopharmaceutical professionals to patients and a wider general audience. Alongside her regular jobs, she wrote freelance pieces (from 1998 until 2003). For the following three years she worked at two government agencies, under the Ministry of Health. In 2006 Chrétienne Vuijst founded her own company Zeehaas and has been workings as a science writer/journalist and entrepreneur since. She is a member of the Dutch Association of Science Journalists (VWN).

For more details see her LinkedIn profile.
Or contact Zeehaas (vuijst@zeehaas.nl) for a detailed resume/CV.